The RWCS needs your help! Take a few moments to share our MidWinter GetTogether during your travels between now and MidWinter February 4-7 in Oconomowoc, WI.

If you are going to be within 300 miles of Oconomowoc, WI (halfway between Milwaukee and Madison Wisconsin on I 94) download today and help spread the word!

So when you are planning your next antique adventure, please take the RWCS along with you.

In addition to these consider requesting some RWCS Membership Brochures from the RWCS Business Office. The office can even mail you the MidWinter poster too!

RWCS business office at can be reached at director@redwingcollectors.org or 800-977-7927.

Registration for the 2016 MidWinter is now OPEN!

Join your fellow Collectors at MidWinter!

As you will read in your October issue we have all things Oktobefest this year at MidWinter. Along with a new theme we are adding booth space to MidWinter Show and Sale, looking at moving some things around on site, and having an official drinking mug in true German style a Stein!

DON’T FORGET TO ORDER YOUR STEIN!

What would MidWinter Crocktoberfest be with your own Stein to Ein Prosit your weekend with you fellow collectors! As you can see the design will include the original Red Wing Bratwursthaus stein from the ad above!

We ook forward to seeing you all in Oconomowoc, WI. To keep up on the event or learn more about MidWinter Check out MidWinter Page on our website!

Longtime RWCS Members Sue Jones Tagliapietra and Wendy Callicoat were inducted into the RWCS Hall of Fame during the Annual Business meeting Friday, July 10, 2015 at the RWCS Convention in Red Wing, MN. The two founded the KidsView educational program in 1999 and together created a program that has encouraged hundreds of children to develop an appreciation of Red Wing’s clay industry.

Wendy Callicoat attended her first RWCS Convention the same year she became a member. She began her legacy of volunteerism shortly thereafter, impacting every task with her energy and creativity. Wendy and Sue Jones Tagliapietra co-founded KidsView of Red Wing in 1999 and together they developed a program that in time would encourage hundreds of children to develop an appreciation of the Red Wing clay industry. Every event Wendy has had a role in creating, implementing and planning, including Crockfest and “Wine-ing” for Red Wing, demonstrates her event planning expertise.

Sue Jones Tagliapietra has served the RWCS in many areas with her contagious enthusiasm and cheerful attitude. Her joy of  RWCS friendships carried over into her leadership skills during her tenure as President of  RWCS. Sue and Wendy Callicoat co-founded KidsView of Red Wing in 1999 and together they developed a program that in time would encourage hundreds of children to develop an appreciation of the Red Wing clay industry. Sue expanded KidsView activities to the MidWinter GetTogether in 2007. Sue’s commitment to the KidsView program, leadership of  RWCS and her positive outlook and inclusive personality have been appreciated by many.

The Red Wing Collectors Society is delighted to welcome Wendy Callicoat and Sue Jones Tagliapietra into the RWCS Hall of Fame.

The 2015 Convention was July 9-11 in Red Wing, MN. Once again the displays were a wonderful part of the Convention. Below are at the results as published by display chair Laura Beall in the RWCS Newsletter.

Interested in displaying next year? Please contact Laura at display@redwingcollectors.org or visit the display page to learn more.

I apologize for this unforseen delay. It seems that pottery making can still a bit more art than science.   Please allow until September 14 for pieces to arrive. Enjoy the holiday!

Version A makes up 90% of total production. Nine percent are Version B and only 39 Version C pieces were made to match the 39th anniversary of the RWCS Convention.

The canteens were slip cast in a two-piece mold. All canteens have “Red Wing Collectors Society 2015” embossed on the back. There are also three marks on the canteen back where it sat on stilts in the kiln. Production was done at Rowe Pottery in Cambridge, WI.

The RWCS again produced an accessory piece that could be purchased only by members that attend Convention. The accessory piece is a leather strap for the canteen with “RWCS 2015” stamped on it.

The 2015 RWCS Special Commemorative is a stoneware shoe. Eighteen shoes were slip cast and detailed by hand. Half the shoes are cobalt; the other half was glazed with real Albany slip, not available since the 1970s. Shoes are ink-stamped on bottom. The Albany shoes were given to display winners. The cobalt shoes were used for prizes and various drawings. One of each was auctioned in the Commemorative Room during Convention.

A limited number of canteens were decorated for KidsView. The pieces were auctioned off, with proceeds going to the KidsView program.

We are just a week away from the Convention and the excitement of Excursion Red Wing. I am sure many of you are already packing your bags and cars right now.

Schedule – See the latest times and locations for all the events and activities.

Crock Hunt – Starts Friday, July 3 and runs through Saturday, July 11. Be sure to follow the list on the website to ensure a successful hunt.?? A great way to check out the City of Red Wing shops, eateries and sights. Download the form, grab the supplement, or pick one up at the sites. Every form received will be included in prize drawings.

Information about the City of Red Wing:

One last reminder; don’t forget to bring your red badge holder and volunteer pin! I am looking forward to seeing all of you in Red Wing. Safe travels!

Join Us for “Pottery on the Square”

You are invited to the annual Pottery on the Square Swap Meet in Monmouth, Illinois that is scheduled for June 27th, 2015 starting at 8:00am and running until noon, on Monmouth’s Public Square.  Activities will include a pottery and stoneware swap meet and a pottery appraisal clinic.  The appraisal clinic will begin at 8:30am, where knowledgeable Illinois pottery collectors will be on hand to examine pieces of Illinois pottery brought by the public.  Rare items have been seen at the appraiser’s booth and it is exciting to see what prized item might show up. This event also provides a learning opportunity for the aspiring collector.

In conjunction with the event the Monmouth Area Chamber of Commerce is offering to the public an opportunity to purchase a handcrafted limited-edition, bristol jug with a bail handle and a Monmouth Pottery Company TM logo.  The jug stands approximately 5 3/4 inches tall (not including bail handle) and 4 3/8 inches in diameter.  Place your order now for the jugs that will be available the day of the event.  They are priced at $35 and shipping charges vary based on quantity ordered.

Red Wing, MN – The Red Wing Collectors Society announces today that the University of Minnesota has granted permission to display the Little Brown Jug for the week of the 2015 Convention – July 6-12.

The RWCS recently announced that the Convention keynote presentation by Ken Magee, author of The Little Brown Jug: The Michigan-Minnesota Football Rivalry, would be open to the public. It’s slated for Thursday, July 9 at 10:30 a.m. at Red Wing High School.

Magee encouraged RWCS Executive Director Stacy Wegner to reach out to Adam Clark, Director of Football Operations at the University of Minnesota to request having the Little Brown Jug on display for his keynote presentation.

“I always thought in the back of my head it would be cool to have the jug, but never thought it would happen!” Wegner said. “Ken came through for us and working with Clark at the University of Minnesota has been easy.”

Wegner was more than pleased to secure the jug for the keynote session. But when Clark made it clear that the University of Minnesota is eager to share it with the people of Minnesota, she asked if the Society could display the jug for the full week of the 2015 RWCS Convention. Starting Monday, July 6 through Sunday, July 12 the jug will be in Red Wing. The Pottery Museum of Red Wing will be the main viewing location, but it will be at Red Wing High School on Thursday, July 9 for Magee’s keynote address. 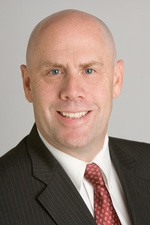 During his writing of the book, Magee contacted RWCS Executive Director Stacy Wegner for information on the Little Brown Jug. Wegner provided Magee with all the information the RWCS had previously published and connected him with collectors as well.

“From Ken’s first contact, I knew he would be a great speaker for our Convention. With the Minnesota Gophers recently winning the jug back from Michigan, it’s perfect timing!” said Wegner.

After the University of Minnesota Golden Gophers’ win last fall, Wegner asked the RWCS Board of Directors to open the keynote session up to the public. This unique invitation has only been done a few times in the past for speakers like Kathy Wurzer, author of Tales of the Road; the Highway 61 story, and Eva Zeisel, designer of Red Wing’s Town and Country dinnerware line.

The RWCS Board of Directors recognized that the excitement of the recent Little Brown Jug win by Minnesota and approved opening the keynote slated for Thursday, July 9 at 10:30 a.m. at Red Wing High School.

“We are very excited to have Ken Magee bring the story of one of the most famous jugs to ever come out of Red Wing, the ‘traveling trophy’ brown jug of the Minnesota – Michigan football rivalry,” said RWCS President Larry Birks. “So many folks from Red Wing are familiar with this jug and because of the rivalry between these two teams, so we’re opening Ken’s keynote address to anyone who would like to hear about the famous jug that is treasured by the winning team each year at the annual football match-up.”

Magee’s book contains more than 200 images that have been donated from the private collections of local sports enthusiasts, photographers and libraries. Many of the myths and stories that surround the famous Little Brown Jug trophy are examined and corrected, and various other tales are revealed for the first time.

Magee will bring a limited number of his book along with some event-only souvenirs for attendees to purchase after his presentation. The book costs $20.00 and a portion of the profits from sales are being donated to the Ken Magee Foundation for Cops, which benefits police officers permanently injured in the line of duty, and their families, to attend Michigan Football games, all expenses paid.

Currently, Wegner is in negotiations with the University of Minnesota to have the original Little Brown Jug on display for the 2015 Convention. They hope to secure the jug for display during Magee’s presentation.

Mark your calendar now to come and learn more about the facts and stories about the Little Brown Jug on Thursday, July 9 at 1:30 a.m. at Red Wing High School at 2451 Eagle Ridge Drive, Red Wing, MN. Admission for Magee’s presentation is free and open to the public.